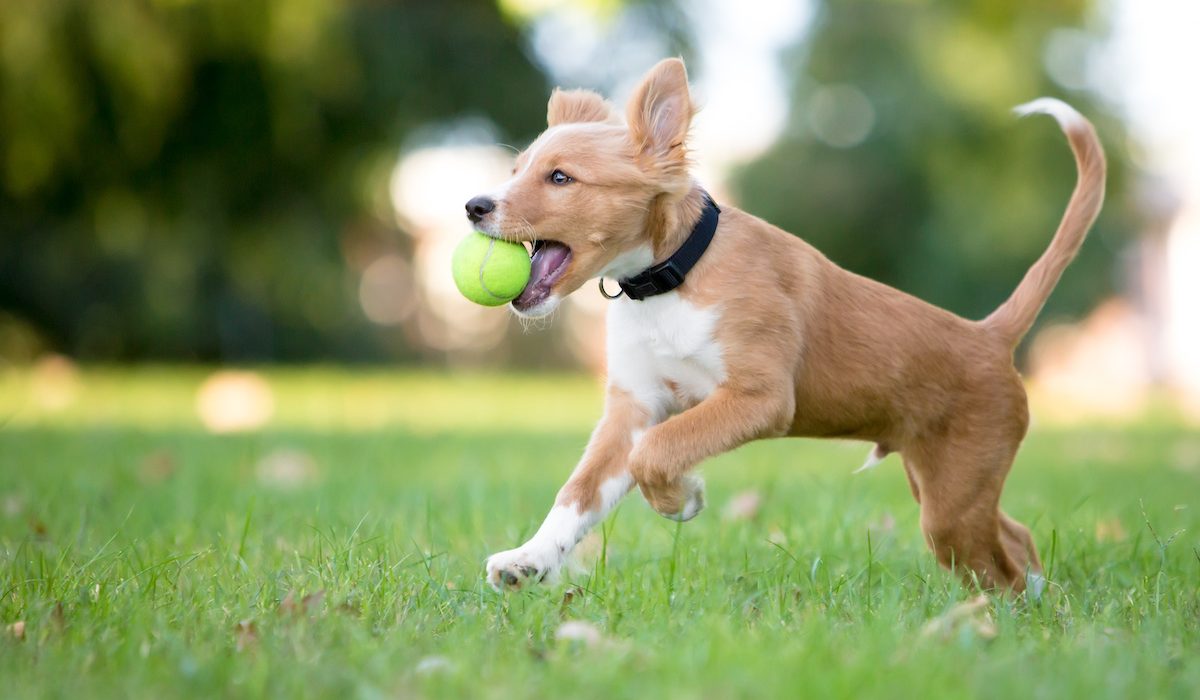 Ever wish you could speak dog? Those yips and barks seem to say so much, but we humans just don’t always get the the dog bark meaning.

When you hang around your pup long enough, you may begin to recognize their way of speaking. Just like humans, dog’s change their tone, volume, and pitch to emphasize their communication. You probably know the bark that greets you at the door, or the lower tone of a warning growl for a stranger.

Dog barks can be varied and subtle, displaying any number of thoughts or needs. The more you pay attention to your dog’s language, the more you’ll learn to communicate and bond. Here are some tips to understand the dog bark meaning and what your dog is trying to say.

STAY AWAY OR WATCH OUT

The American Kennel Club shares “the lower the bark, the more serious the dog.” Low tones are often a sign of warning, telling an intruder to stay away, or even disciplining a fellow pup to say “that’s enough,” if they don’t like how they play. Any lower-toned bark is a clear statement of “watch it,” so pay attention when you hear those.

This one is probably our favorite. K9 Magazine.com described the “stutter-bark” sounding like “ar-ruff,” meaning “let’s play!” So really, telling your pup you’re going to A Ruff Day Bark Club is like saying “let’s go play!”

A couple quick sharp barks in the upper mid-range usually indicate a greeting. Listen for this when you come in the door and then watch their greeting routine.

A quick middle-range bark can express annoyance to you or other pups.

Lots of single yips or howls with clear pauses in between are a call for companionship. They’re basically saying “Is anybody there?”

Long howls are showing a dog’s territory and also confirming their existence in a space.

A short high-pitched bark is pretty much a dog’s way of saying “huh?”

A short high yip is a sign of pain, usually from a quick hurt like stepping on a tail or getting nipped in grooming.

HOW DOES IT WORK?

Stanley Coren Ph.D. and professor of psychology at the University of British Columbia studied dog behavior and communication for years. An expert in dog-human interaction, his book How to Speak Dog: Mastering the Art of Dog-Human Communication, speaks to the ways pet parents can better understand their dog’s barks and behaviors. He believes “In the same way that people can learn to interpret the language of dogs, there is no doubt that we humans can communicate with dogs if the person chooses to speak in their canine language.”

He basically wrote the books on dog language, approaching it from a human psychology standpoint because well, we’re the ones who need to understand it. He also helped co-author the Dummies Guide to Interpreting Your Dog’s Barking.

There’s plenty more to find if you want to dive deeper. The key is to pay attention to your dog’s sounds coupled with their body language. When you spend enough time with your pup, you’ll learn a lot more about how they “talk” to you.

Do you have issues with your dog’s barks? Many pet parents express frustration with constant barking and how they can curb it. Our trainers can help put you and your pup at ease with flexible obedience classes at our Lake Nona Campus. Sign up here!

Want to see how well you measure up? A group of researches tested how people did interpreting dog sounds. Take the quiz here. Tell us about your results on our Facebook or Instagram. #thebarklife